The Oxhey Village Remembrance Service took place on the 14th of Nov 2021.

Father Sam Frampton from St Matthews church conducted the service on Oxhey Green (Lower Paddock Rd), with Jill Ibbott laying a wreath in memory of her family, followed by Ron Dillingham, a local resident and businessman laying a wreath on behalf of the community.

The service was followed by the Community Walk, with the youth of the community flying their colours. The service and walk were attended by 7th & 10th Oxhey Rainbows, Brownies and Guides, the 3rd Bushey Heath Brownies, the 4th Bushey Guides, along with the 29th Beavers, Cubs and Scouts. The Community walk was led by Father Sam and Mr Dillingham, with over 300 members of the community joining this now important annual event through the roads of Oxhey.

The main Remembrance Service took place on Watford Heath, Father Sam welcomed everyone, he invited the youth and uniformed members to start proceedings with a parade across the Heath.

Father Sam was joined by John Ratcliffe, reciting Remembering, and Ian Bremeld who played the last post, Following the 2-minute silence, wreaths were laid by:

Garry Brindley, Scottish Guards and Ashley O’Sullivan, Grenadier Guards, on behalf of the Armed Services, followed by the family of Pat Mannion in recognition of his active service and support of the Poppy Appeal and Red Cross.

Karen Cooper, president of the Oxhey WI laid a wreath, followed by a representative of the Hertfordshire Police Force. Members of the public were then invited to lay their wreaths.

The service was closed by Andrew Filer, who thanked Father Sam for conducting the service, and those who helped to make the service possible, and everyone attending and their support. He thanked the youth and their leaders for being on parade and flying their colours.

Andrew said “I’ve been reminiscing, looking back at the dedication service in 1994 when this memorial garden and cross were first opened. Over the 21 years I’ve been involved, the service has grown from a handful of people to the number here today, it’s a true celebration of the strong community spirit that makes Oxhey special.”

Andrew mentioned the coming months OVEG will be working with the Watford Council to carry out renovation work on the Cross and fencing, ready for next year. 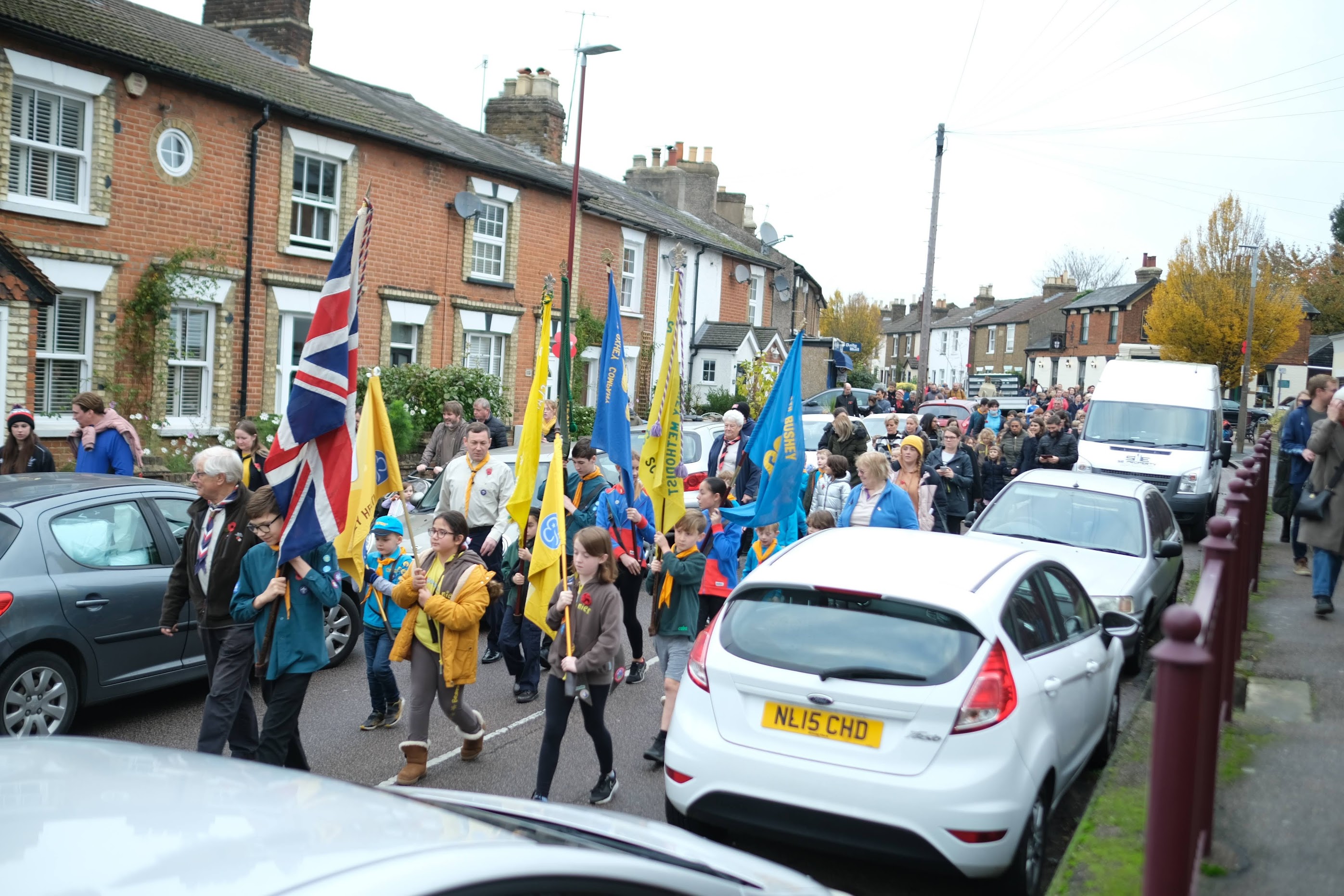 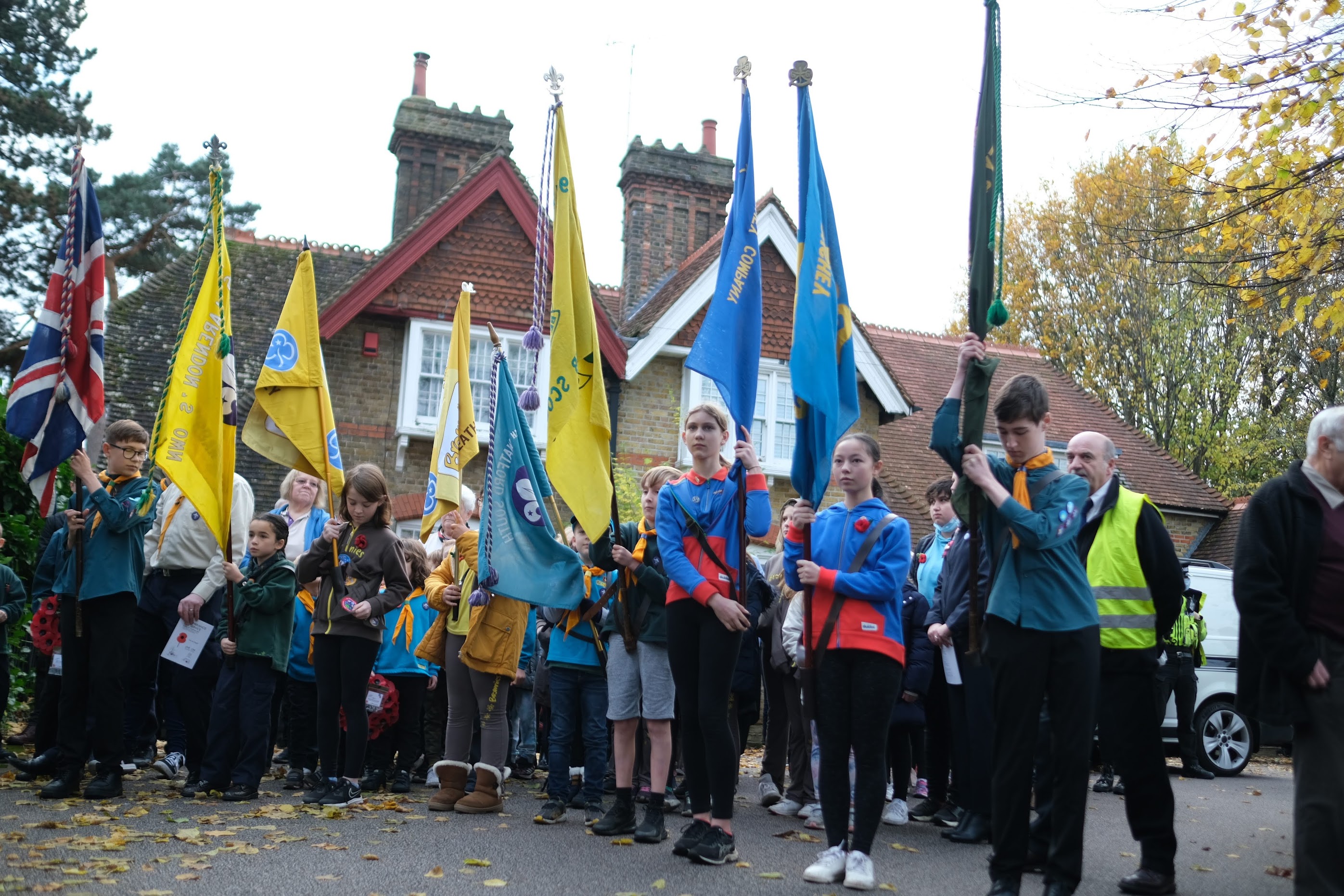 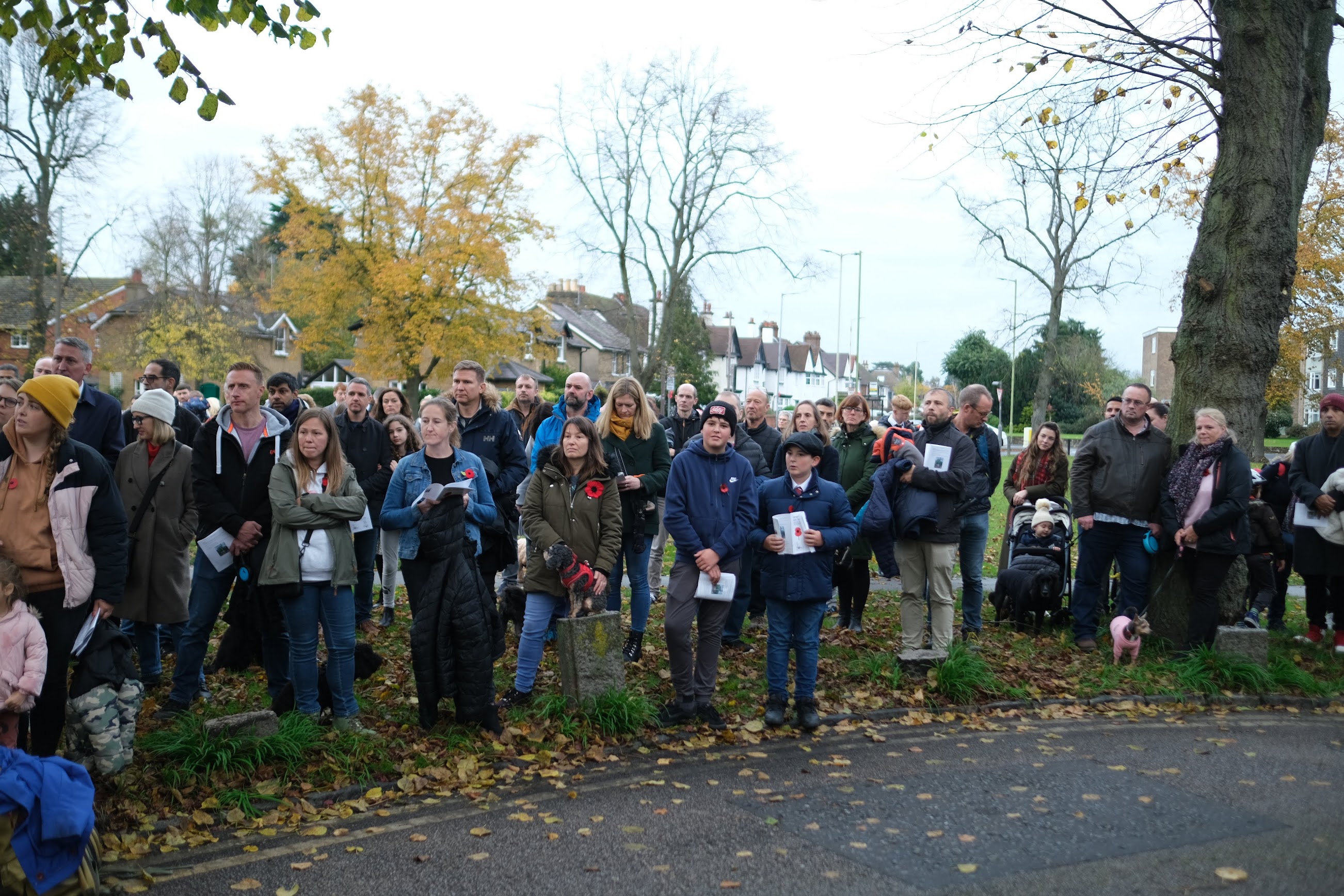 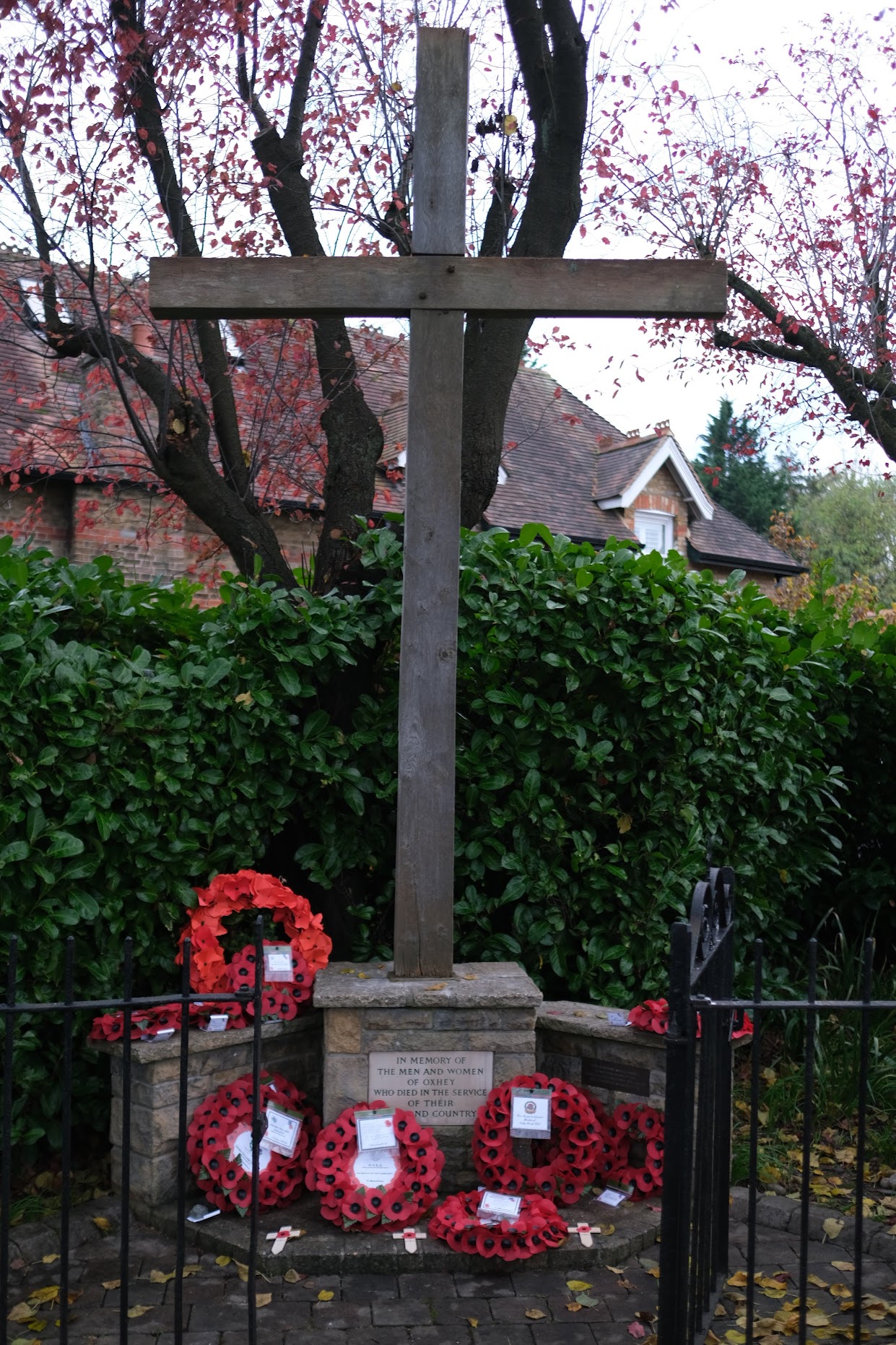 This entry was posted on 16 November 2021 by OVEG in All News, Local Events, OVEG Events.

Join us or renew your membership here